Day 15: Write about the best gift you’ve ever received.

This is really awkward, I don’t know if I can commit to just one present.

I like presents cos I know they took the time to think about me when getting it.

But I really don’t mind if I just spend time with them. It’s like getting their time as well.

Day 14: What you do for Valentine’s Day.

You mean the one just past or in general? 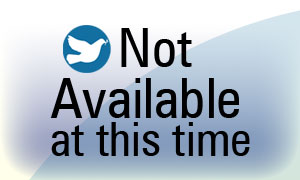 Day 13: Write about what you believe in, be it God, yourself, etc.

When I was in primary school, my parents told me to attend R.E. lessons for to learn about other religions.

We have a portrait of the Buddha in our living room, and sometimes, as a sort of joke, my parents would put the money they’ll buy a lotto ticket with in front of it, and ask it to bless us with luck.

When we were in Thailand, right before we left for Australia, we went to the small temple in Bangkok which a few years ago got burnt down, and there is a picture of my mother and me praying in front of it, so it would bless us with good fortune and health in the new country.

In Yr 12, I went to a friend’s baptism (which I wrote about in here but I can’t be bothered finding the link to. It was in April 2009 some time), and I mouthed along to unknown hymns and listened to all the testimonies. I watched them overflow in emotions as they took the next step to get closer to their God.

Many of my friends are either Christian or Catholic, and while I skirt around it, sometimes I find myself toeing the agreed upon veil of avoidance, and questioning their faith.

And that is the extent of my ties with religion.

That is not to say I am an atheist. Call me a coward if that’s show you see it, but I don’t think that there is one particular deity – one particular man-made deity, existing only through the documentation of man-made words – nor do I think there is none. Sometimes when I am in moments of great stress or dread, I find myself wishing – praying, dare I say – that I find some inspiration to help me out of the moment. I don’t know who I am wishing towards –  a star? The light dancing around me, caught by flecks of dead skin? Yes, how poetic – but I do it anyway, and sometimes I am stunned to find that I am suddenly in possession of patience I didn’t know I could have, or an epiphany that seemed like the obvious choice.

So, ‘belief’. What do I believe in? I believe that you have to make your own luck – it sounds cliche, but it’s a cliche with a reason. You can be given epiphanies through forces you cannot begin to fathom, but what are epiphanies but electrons firing brighter in your brain if you don’t act upon it? I can feel overwhelmed by the amount of work I have, realize that if I take 1 hour out of my day to just read I will have it under control, but if I don’t take that 1 hour out, I’d still be stressing.

I suppose I can create a metaphor. I can say that the Me is the vessel through which events happen, and quite a lot of the time that vessel is perilously close to sinking via its own accord – it thinks it should go left, then right, and then tips over unbalanced – but with a bit of guidance from the winds (that’s my unknown power in this metaphor), and as long as the vessel doesn’t fight the winds, it will be steered back onto course.

I can smell the pollen outside, but there are a few more posts I need to get through.